The Odds of Finding a Four-Leaf Clover Revisited: How Do Some People Find So Many?! 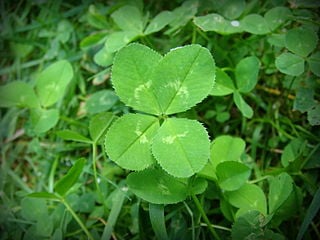 This may seem to be an odd time to write about four-leaf clovers, the traditional Irish lucky charms. However, clovers are currently growing full-force in my yard!

I was out doing yard work when I noticed patches of clovers. I blame my neighbor for them because, while I have patches of clover in my grass, he has patches of grass in his clover filled yard! The clovers got me thinking about Carly Barry’s post about the odds of finding four-leaf clovers. It also prompted some fun, backyard science with my daughter!

In Carly’s blog, reader comments raise a number of questions. If four-leaf clovers are so rare, how is it possible for some people to find so many? Some readers report that they regularly find four-leaf clovers. Others claim that it only takes minutes to find one, or even half a dozen! Maybe they are luckier, or perhaps there are some factors that affect their chances of finding four-leaf clovers?

One of the most important things we do in statistics is to identify the factors that affect an outcome. In this blog, I explore how it’s possible to find so many four-leaf clovers despite the low odds.

Tradition holds that you are lucky if you find a white clover that has four leaves. These clovers are named after their white flowers. In their scientific name, Trifolium means three-leafed, the usual number for this species. There are other types of clovers that typically have four leaves, so watch out for imposters!

It’s widely cited that one out of every 10,000 white clovers has four-leaves. I was surprised to learn that there are even five-leaf clovers, and more! The Guinness world record for the most leaves on a clover is 56!

How Much Area Do You Need to Find a Four-Leaf Clover? 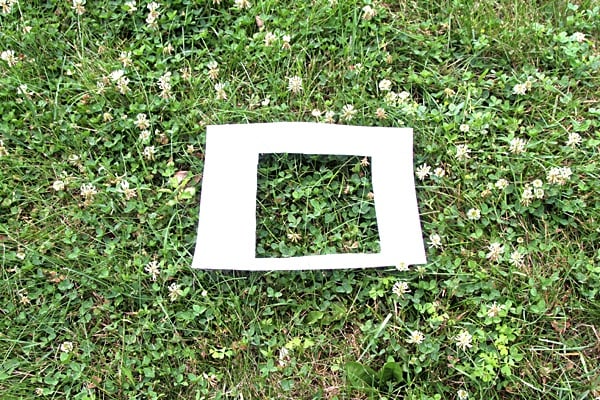 If the odds of finding a four-leaf clover are truly 1-in-10,000, how much area do you need for 10,000 clovers? I really had no idea if it was the size of a field, or a typical backyard. This point is where my 8 year-old daughter and I had some good, hands-on science fun in our backyard while learning about estimating.

As you can see in the picture, we measured out a six-inch square and laid it over a patch of fairly dense clovers. As we picked the clovers on the top layer, we noticed there was another layer of clovers below it, and another one below that. After we picked all of the clovers out of the square, we counted them.

We both thought it was going to be a much larger area, which would make finding them more difficult. However, you don’t need to scour an entire field to find a four-leaf clover. Instead, you can expect to find 10,000 clovers in a 3’ X 4’ area. That helps to explain the ease that some have of finding them!

The Probability of Finding Four-Leaf Clovers 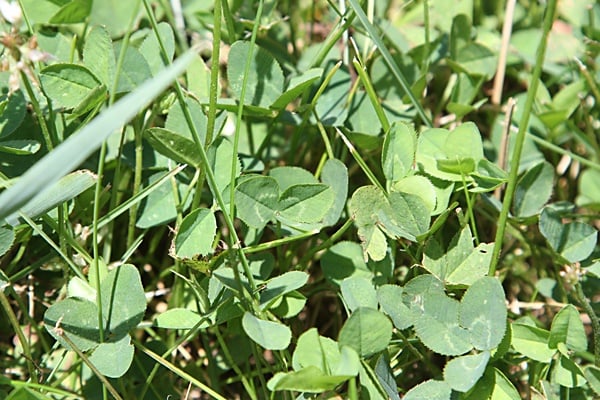 According to probability theory, the probability of an event happening is determined in part by the type of event. In this case, I need to determine whether finding four-leaf clovers are either independent or dependent events.

An event is independent if the occurrence of the event doesn’t affect the probability of the event happening again. If you flip a coin and get a heads, you still have a 50/50 chance of getting a heads on the next coin toss.

Researchers at the University of Georgia have discovered a gene that allows clover plants to grow a fourth leaf. Clover with this gene typically grow three leaves. However, given the correct environmental conditions (soil pH, temperature and pollution), they can sprout a fourth leaf.

Genes are inheritable. Consequently, plants in close proximity are more likely to share genes than more distant plants. Similarly, environmental conditions are more likely to be similar for plants close together. Collectively, these facts suggest that finding multiple four-leaf clovers are dependent events. If you find one, your odds of finding another one in the same area increase!

This supports the notion I found on websites that four-leaf clovers are often in hot spots, as well as the comments in Carly’s blog that mention finding four-leaf clovers in rapid succession! You can also revisit hot spots to increase your odds of finding them more quickly.

How to Find Four-Leaf Clovers 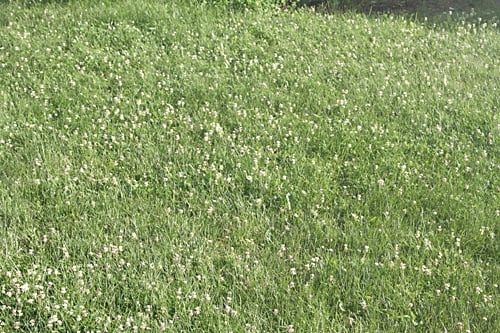 Finally, let's look into the process of finding four-leaf clovers that is recommended by those who are proficient at finding them. I want to see whether this sheds any more light on how some people can find them so easily!

Websites about how to find four-leaf clovers state that you should not examine individual clovers. Instead, these sites stress that you should stand and sweep your eyes over the entire patch while you brush the clovers with your foot to ensure that you see all of the layers. The process emphasizes speed because you keep your eyes moving and the abnormal clover should stick out like a sore thumb. So, it won’t take long to look over that 3’ X 4’ patch of clover!

This process reminds me of visual inspections done by quality control specialists. These inspectors are highly trained in both subject area knowledge and the proper methods to pick out any abnormalities. Some studies have shown that the more accurate visual inspectors had fewer “eye fixations” (e.g. they keep their eyes moving), just like the four-leaf clover websites suggest!

I suspect that those who find four-leaf clovers quickly and easily have developed a skill set that is similar to trained visual inspectors. In a production process, a manufacturer doesn’t just hope that the inspectors find defects by chance, instead they develop the skills necessary for the product line.

Similarly, collectors of four-leaf clovers hone their skills to overcome the long odds of finding them by chance alone.

The Keys to Finding Many Lucky Clovers Quickly and Easily!

While exploring how some people find four-leaf clovers so easily, I found three important factors that affect the chances of finding them.

Two of these factors you can improve to your advantage. You can:

While you can’t control the density of clovers, it turns out that you don’t have to look over a large area to observe 10,000 clovers.

Have you found any four-leaf clovers yet?