This is an era of massive data. A huge amount of data is being generated from the web and from customer relations records, not to mention also from sensors used in the manufacturing industry (semiconductor, pharmaceutical, petrochemical companies and many other industries).

In the manufacturing industry, critical product characteristics get routinely collected to ensure that all products at every step of the process remain well within specifications. Dedicated univariate control charts are deployed to ensure that any drift gets detected as early as possible to avoid negative effects on the final product performance. Ideally, when a special cause gets identified, the equipment should be immediately stopped until the issue gets resolved.

In modern plants, many manufacturing tools are connected to IT networks so that tool process parameters can be collected and stored in real time (pressures, temperatures etc.). Unfortunately, this type of data is, very often, not continuously monitored, although we might expect process parameters to play an important role in terms of final product quality. When a quality incident occurs, data from these numerous upstream process parameters are sometimes retrieved from databases, to investigate (after the fact) why this incident took place in the first place.

A more efficient approach would be to monitor these process parameters in real time and try to understand how they affect complex manufacturing processes: Which process parameters are really important, and which ones are not? What are their best settings?

Monitoring upstream tool parameters might lead to a huge increase in the number of control charts, though. In this context, process engineers might benefit from using multivariate charts which let you monitor up to 7 or 8 parameters together in a single chart. Rather than using equipment process parameter data  to investigate the causes of previous quality incidents in a fire-fighting mode, this approach would focus on long-term improvements.

Multivariate control charts are based on squared standardized (generalized) multivariate distances from the general mean. In Minitab, the T² Hotelling method is used to generate multivariate charts. If you don't already have Minitab and you'd like to try creating some of the charts I'm discussing, you can download the free 30-day trial.

An obvious advantage of using multivariate charts is that they enable you to minimize the total number of control charts you need to manage, but there are some additional related benefits involved as well: 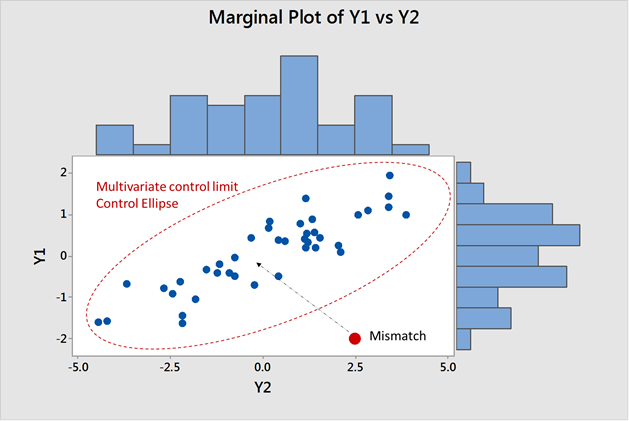 Eight process parameters have been monitored using eight univariate Xbar control charts. No out-of-control point has been detected (see below): 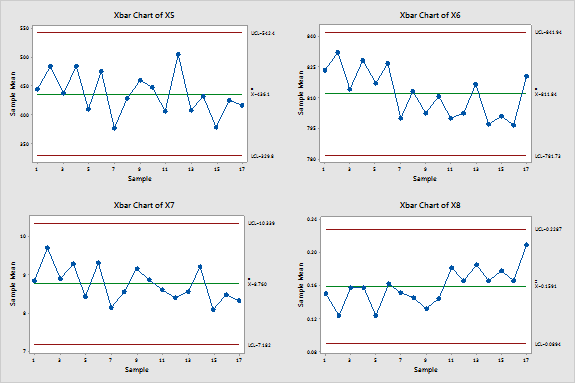 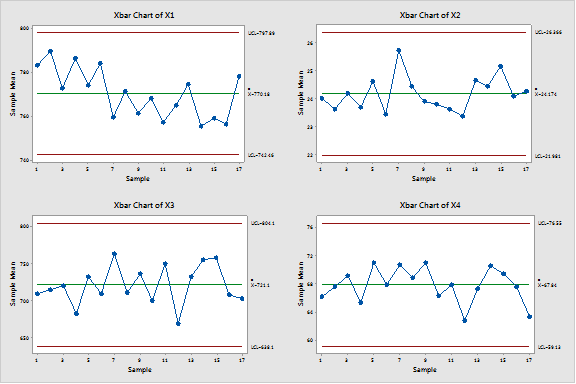 The eight control charts above may be replaced by a single multivariate chart that monitors the eight variables simultaneously. Although no out-of-control point had been detected in the univariate charts, subgroup number 12 turns out to be out of control in the multivariate chart: 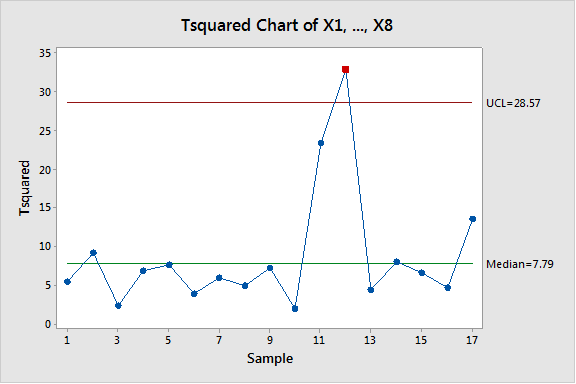 To investigate why an out-of-control point (subgroup 12) occurred in the multivariate chart, I used simple graphs (scatterplots) to analyze time trends. Note that as far as the X3, X4 and X5 parameters are involved, subgroup 12 is positioned far away from the other points. 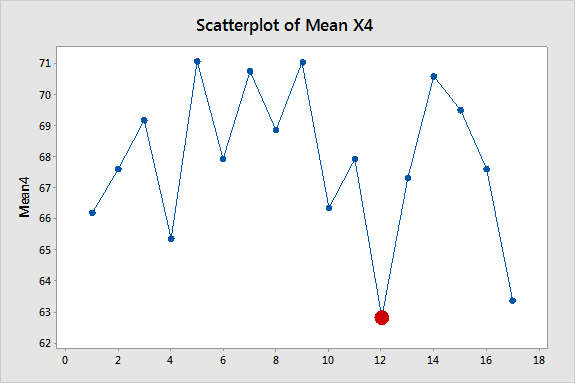 To better control a process, we need to assess how upstream tool parameters affect the final product. Multivariate charts are also very useful to monitor 3-D measurements. Identifying the reason for an out-of-control point in a multivariate chart is a key aspect of using it successfully.

Trimming Decision Trees to Make Paper: Predictive Analytics and Root Cause Analysis in Minitab
How Can You Tell if Your Lean Six Sigma Project is Set Up for Success?
5 *More* Quick Minitab Tricks Even Some of the Experts Don't Know
A Food Manufacturer's Secret Process Improvement Recipe for Saving $35 Million