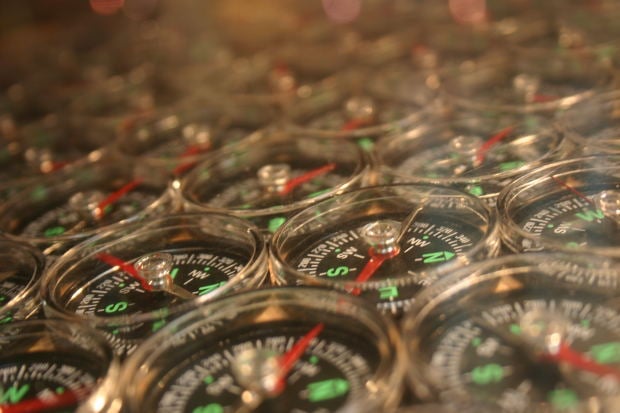 I recently got a request from one of our Facebook fans to do a post about orthogonal regression, which I admit is not a subject I’m very familiar with. However, with a little help from Minitab’s help resources and by consulting a few Minitab experts, I think I came up with a post that will be useful. I thought it would help to discuss orthogonal regression with an example, but first...

What the Heck Is Orthogonal Regression?

Orthogonal regression is also known as “Deming regression” and examines the linear relationship between two continuous variables. It’s often used to test whether two instruments or methods are measuring the same thing, and is most commonly used in clinical chemistry to test the equivalence of instruments.

How Is Orthogonal Regression Different from Simple Regression?

Suppose there is a medical equipment company that wants to determine if their blood pressure monitor is equivalent to a similar model on the market. The company obtains systolic blood pressure readings on a random sample of 60 people using the two instruments, and records the data in a Minitab worksheet: 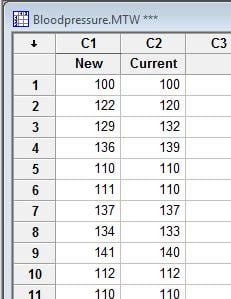 Based on a previously conducted study, the company knows that the error variance ratio is 0.90.

To perform the analysis, a quality practitioner at the company chooses Stat > Regression > Orthogonal Regression in Minitab: 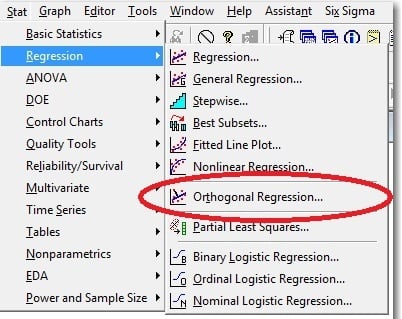 At the first dialogue box, he fills in the Response, Predictor, and error variance ratio. Then he clicks OK. : 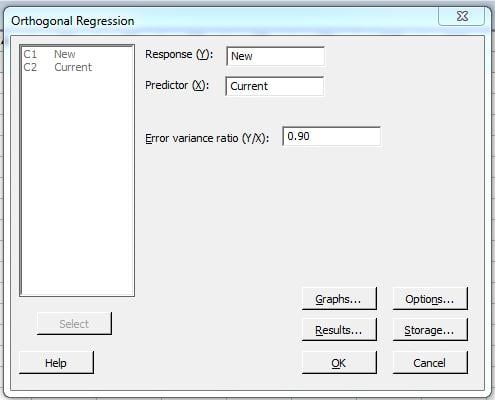 The quality practitioner is presented with the following session window output and line plot: 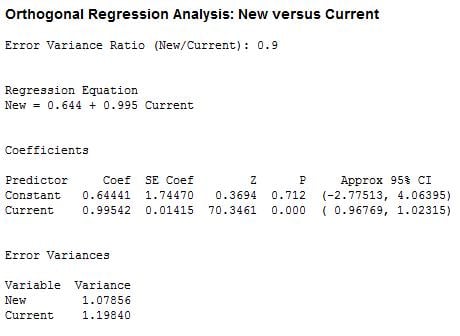 What Does this Orthogonal Regression Output Mean?

And remember that in orthogonal regression, the following assumptions must be met:

Do you have any tips for performing orthogonal regression?