What Does It Mean When Your Probability Plot Has Clusters?

Have you ever had a probability plot that looks like this? 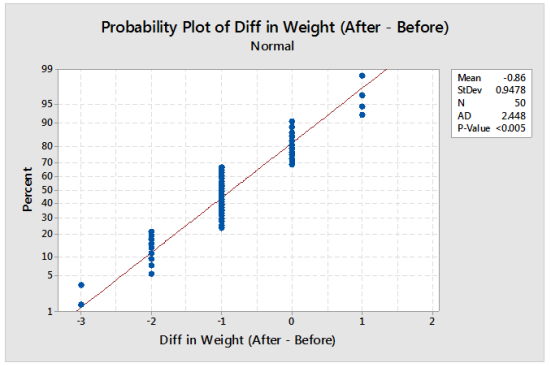 The red line appears to go through the data, indicating a good fit to the Normal, but there are clusters of plotting points at the same measured value. This occurs on a probability plot when there are many ties in the data. If the true measurement can take on any value (in other words, if the variable is continuous), then the cause of the clusters on the probability plot is poor measurement resolution.

The difference in weight values were rounded to the nearest pound. In effect, we want to add a random value from -0.5 to +0.5 to each value to get a simulated measurement. The steps are as follows:

The resulting graph from one iteration of these steps is shown below. It suggests that the Normal distribution is a good model for the difference in weights for this surgery. 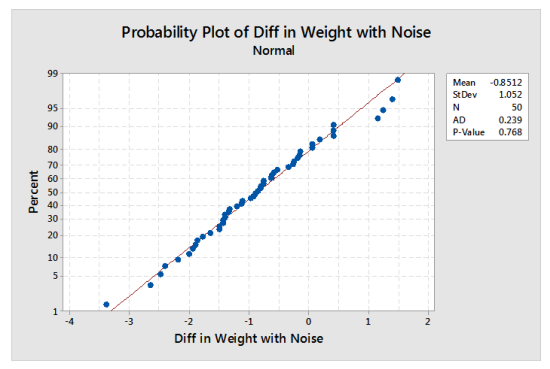