Moneyball Shows the Power of Statistics

Sabermetrics? No, it isn't a cross between a sword and the metric system. It's a specialized type of data analysis that uses statistics to understand the sport of baseball. And it has completely changed how people view the game. The movie Moneyball tells the story of how Oakland Athletics general manager Billy Beane used the power of statistics to gain an advantage in assembling and managing his baseball team. 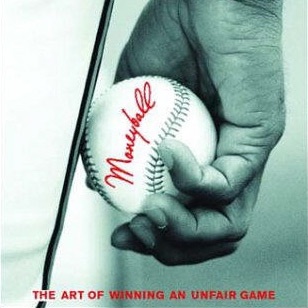 In the movie, Beane is unable to re-sign Oakland's best 3 players after the 2001 season due to a limited payroll. He uses sabermetrics in an attempt to find undervalued players that can make up for the loss. He meets heavy resistance from his scouts, who argue that their years of baseball experience and knowledge mean far more than any statistic. Beane ignores their objections and builds the team his way.

The 2002 Oakland Athletics did not start the season on a good note. At one point they had a record of 20-26, good for last place in the AL West. In the movie, Beane claims this was due to a small sample size and was not proof that his system didn't work. Let's see if Minitab agrees! I'll use a 1 Proportion test to see if the A's record of 20-26 (winning percentage of 0.435) is significantly different than their record at the end of the year (winning percentage of .636).

The p-value is less than 0.05, meaning the two records are significantly different. It is unlikely the slow start occurred because of a small sample size. So if the team's last-place standing wasn't random, what was it?

In the movie, Beane insists on having Scott Hatteberg play first base instead of Carlos Pena because he thinks Hatteberg is more likely to get on base.* Beane also gets upset with Jeremy Giambi's clubhouse antics. Pena and Giambi were traded at the end of May, when the A's record was 20-26. Oakland went 83-33 the rest of the season. By the looks of it, these trades helped!

During that run of 83-33, Oakland set an AL record of 20 consecutive wins. What were the odds of that? Oakland finished the season with a winning percentage of 0.636, so to find the answer I could multiply 0.636 by itself 20 times....ooooooooor I could be lazy and have Minitab do it. I'm going to go with lazy.

Note: In order to meet the assumption of the binomial distribution, I'm going to assume the probability of Oakland winning each game was a constant 0.636. The answer won't be exact, but it'll be close enough for our purposes.

At the end of the regular season, the Oakland Athletics tied the New York Yankees for the most wins in major league baseball. They did this despite having a payroll $84 million less than the Yankees. But that wasn't all that mattered to Beane. Toward the end of the movie, he states that he really wants his method to matter. He wants it to make a difference in the game of baseball. And has it ever! Ten years ago, if you uttered the sentence "Just look at his VORP, it's through the roof!" people would have probably thought you were a Trekkie speaking Vulcan. But mention it today, and people know you're a baseball stats junkie (though non-baseball fans probably still think you're a Trekkie). But the fact is the power of statistics has changed the game of baseball forever.

The question now is, which game will it change next?

Want to Learn How to Create Good Wine? Let's Pour Over the Details
Don't Stop 'Til You Get Enough: Demystifying CBD Oil Potency with Statistical Methodology
Using Predictive Analytics to Help Seniors Maintain Their Independence
Better Together: Pairing E-learning and In-Person Training is Key to Successful Data Analysis Education