Getting the Most Out of Your Text Data, Part 1

With Minitab, it’s easy to create graphs and manage numeric, date/time and text data. But Minitab’s enhanced data manipulation features make it easier to work with text data, too.

This is the first of three posts in which I'm going to focus on various tools in Minitab that are useful when working with text data, including the Calculator, the Data menu, and the Editor menu.

You might be surprised to hear that Minitab’s Calculator is just as useful with text as it is with numbers. Here are just a few things you can use it for:

Sometimes it’s helpful to extract individual words or characters from text data for use in isolation. For example, if we have a column of product ID’s and need just part of the letters or numbers that are part of the text string in a column, the LEFT, MID and RIGHT functions in the calculator can be very useful.

The LEFT function in the calculator will extract values from a text string beginning with the leftmost and will stop at the number of characters we specify.  In the example above, we could complete the Calc > Calculator dialog box to pull out the two characters on the left side (AB or BC) by completing the dialog box as shown in the example below: 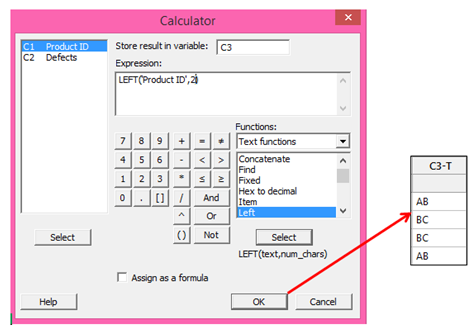 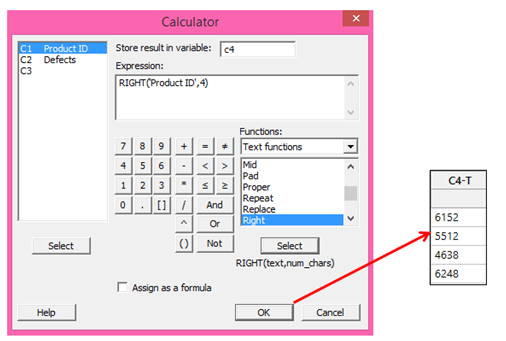 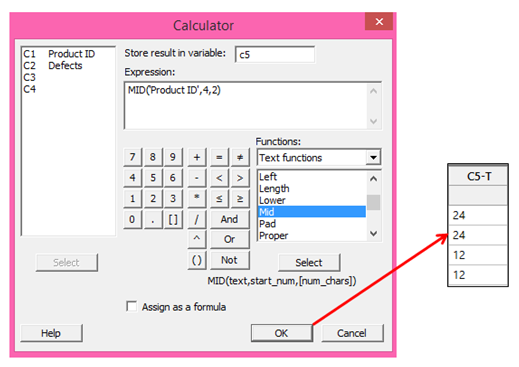 In other cases, the whole can be greater than the sum of its parts. For example, if values for Month, Day and Year are stored in separate columns, we may want to combine these into a single column: 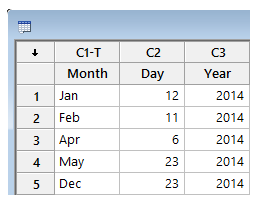 The month, day and year of each observation was originally recorded in separate columns, which complicates graphing. Fortunately, the calculator can be used to combine the three columns into a single column. To do that, we can use the CONCATENATE function: 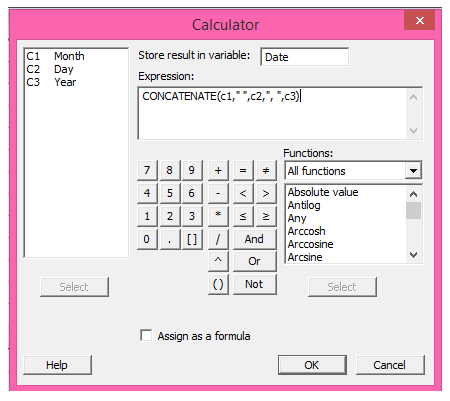 A consistent recording error doesn’t have to result in time-consuming hand-corrections.  In this example an operator who handles product returns has noted the incorrect year portion of the catalog code that is used to reference the item: 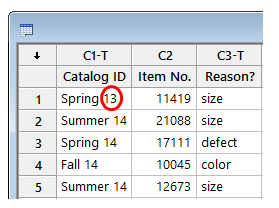 The calculator’s SUBSTITUTE function can be used to replace the incorrect Spring 13 with Spring 14. The calculator will find the text and replace it with the new text that we specify: 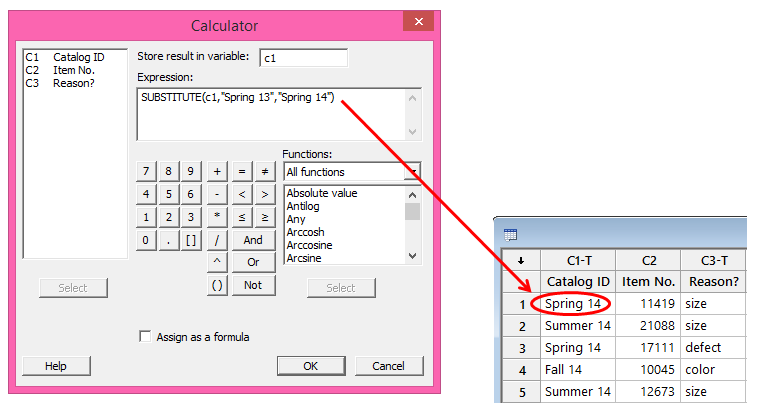 These are just a few of the useful functions included in Minitab’s Calculator.  To see a complete list of Minitab’s calculator functions with explanations and examples of how to use each, open Minitab and go to Help > Help.

If you’re already using the calculator in Minitab, the easiest way to access the same information is to click the Help button in the lower-left corner of the calculator 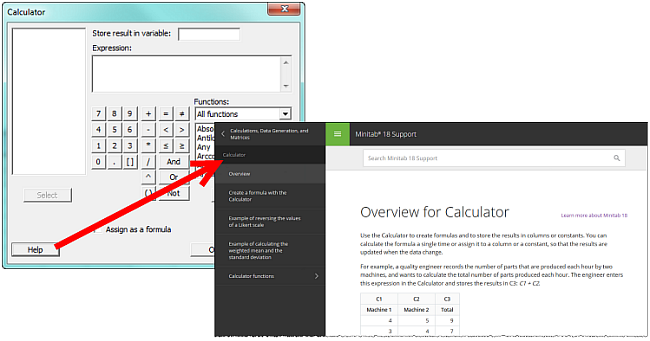 In my next post, we’ll explore some of the text data manipulation features that Minitab offers in the Data menu.