One-Sample t-test: Calculating the t-statistic is not really a bear

While some posts in our Minitab blog focus on understanding t-tests and t-distributions this post will focus more simply on how to hand-calculate the t-value for a one-sample t-test (and how to replicate the p-value that Minitab gives us).

The formulas used in this post are available within Minitab Statistical Software by choosing the following menu path: Help > Methods and Formulas > Basic Statistics > 1-sample t.

The null and three alternative hypotheses for a one-sample t-test are shown below: 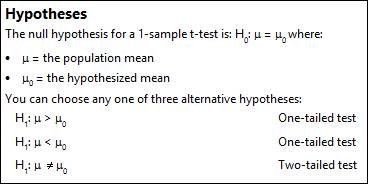 The default alternative hypothesis is the last one listed: The true population mean is not equal to the mean of the sample, and this is the option used in this example. 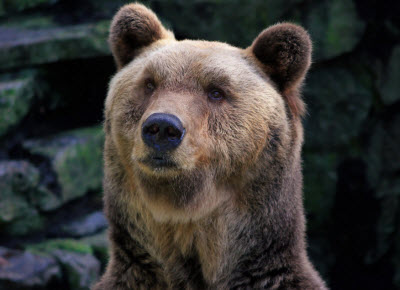 To understand the calculations, we’ll use a sample data set available within Minitab.  The name of the dataset is Bears.MTW, because the calculation is not a huge bear to wrestle (plus who can resist a dataset with that name?).

After clicking OK above we see the following results in the session window:

With a high p-value of 0.361, we don’t have enough evidence to conclude that the average age of bears is significantly different from 40.

Now we’ll see how to calculate the T value above by hand.

The formula for the T value (0.92) shown above is calculated using the following formula in Minitab: 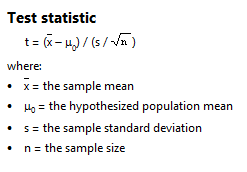 The output from the 1-sample t test above gives us all the information we need to plug the values into our formula:

We also know that our target or hypothesized value for the mean is 40.

Using the numbers above to calculate the t-statistic we see:

Now, we could dust off a statistics textbook and use it to compare our calculated t of 0.918542 to the corresponding critical value in a t-table, but that seems like a pretty big bear to wrestle when we can easily get the p-value from Minitab instead.  To do that, I’ve used Graph > Probability Distribution Plot > View Probability: 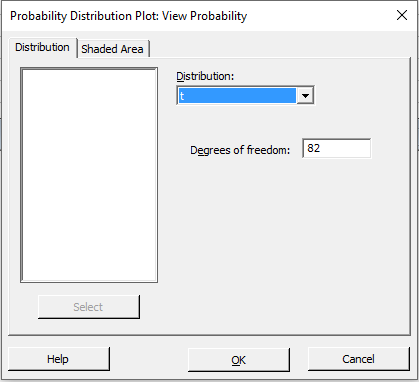 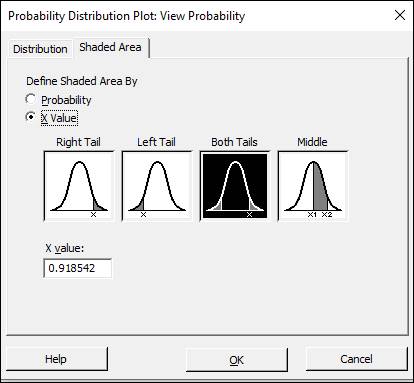 After clicking OK in the window above, we see: 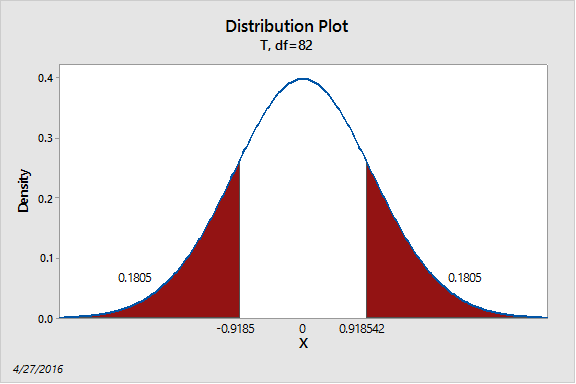 That wasn’t so bad—not a difficult bear to wrestle at all!