An "assumption" is not necessarily a "requirement"!

To understand where this idea of assumptions come from, let's forget about statistics for a minute and imagine we sell bikes online.  We can't ship our bikes whole, so we ship each bike separated into the frame, handlebar, seat, and wheels and must provide assembly instructions. We of course want simple and effective instructions.

Now, we don't necessarily know which tools the recipient owns, and we also don't know if, perhaps, they already own wheels or their own seat and want to use those instead of what we shipped.  We also don't know if there will be one person assembling the bike alone, or two, or even more. And maybe it's a kid's bike and the kid wants to assemble it, or maybe an adult does. The recipient may have a bike stand, or they may just be assembling on the floor.  Also, some people may have bought training wheels if the bike is for their child. If so, the training wheels may need to be installed before the real wheels.

You can see how complicated our instructions will become if we try to accommodate all of the possible scenarios. Worse, the instructions may end up being LESS useful rather than more if they are too complicated to understand or too general to provide the best methods for installation. 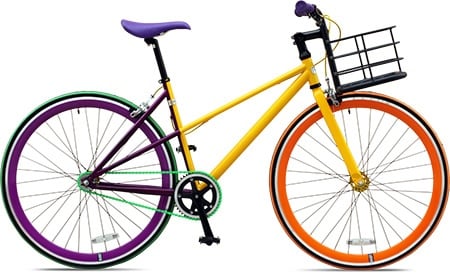 So to this point we've seen a process by which making some assumptions has greatly reduced the complexity (and increased the effectiveness) of a product.

This is entirely consistent with statistical assumptions.  When a tool such as One-Way ANOVA was developed, it started with a basic problem: "How can one use data to tell if three or more groups have different means?" and by making some reasonable assumptions (data within each group are normal, groups have equal variances, etc.) a fairly simple test was formed.  Had those assumptions not been made, the test would be more complicated and likely less effective.

But let's go back to what I said above: an "assumption" is not necessarily a "requirement"!

When Is An Assumption Also a Requirement?

We also assumed the customer owned a Phillips head screwdriver. But what if a customer only owns a flathead screwdriver?  In that case, they likely cannot proceed with our instructions. This assumption is also a requirement.

We could similarly examine all of our assumptions after the fact to consider:

When we look at statistics, we must understand the same aspects of each assumption. For example, normality is an assumption of the 1-sample t-test.  But let's answer the three questions about this assumption:

So the next time you're presenting results and someone asks if you checked all of your assumptions, feel free to say, "No, just the requirements!"