In Part 1 of this blog series, I compared Six Sigma to a diamond because both are valuable, have many facets and have withstood the test of time. I also explained how the term “Six Sigma” can be used to summarize a variety of concepts, including philosophy, tools, methodology, or metrics. In this post, I’ll explain short/long-term variation and between/within-subgroup variation and how they help the Six Sigma practitioner to understand process performance.

In figure 1 below, the within-subgroup variation is represented by the smaller histograms. As you can see, there are multiple subgroups in this data set: 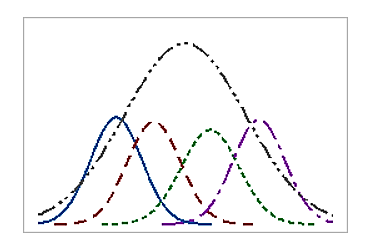 The large overarching histogram in the figure above represents the overall variation, which is the within-subgroup variation combined with the variation that occurs among subgroups that are collected over a longer period of time.

The overall variation includes changes to process inputs or to the environment, such as fluctuations in temperature or changes in material. The general rule of thumb for overall variation is that it contains data collected over a sufficient time such that over 80% of the process variation is likely to be included.

Figure 2 displays data from an engine manufacturer using a forging process to make piston rings. The quality engineers want to assess the process capability. Over the span of two weeks, they collect 25 subgroups of five piston rings and measure the diameters. The specification limits for piston ring diameter are 74.0 mm ± 0.05 mm. 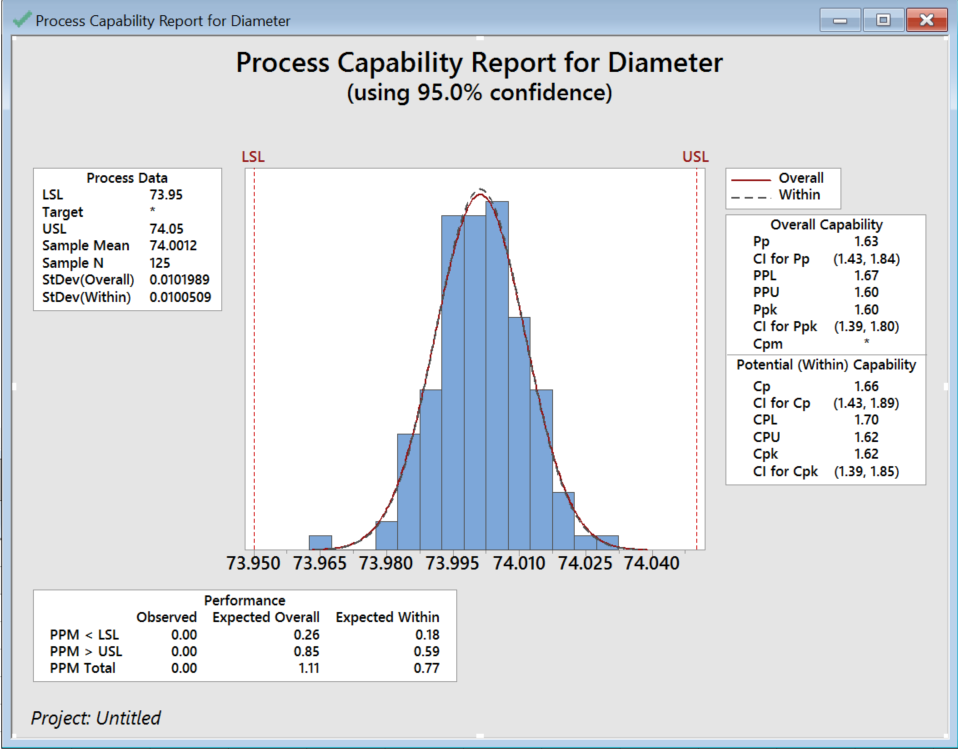 You can assess the effect of variation between subgroups by comparing potential and overall capability. If the difference between them is large, there is likely a high amount of variation between the subgroups, and the stability of your process can be improved. If Cp and Cpk, and Pp and Ppk are the same, then you have a centered process, and one that has very little variation.

Between-group variation is the variation due to the interaction between the subgroups. If the subgroup means are close to each other, the between variation will be small for different shifts, machines, or operators.

Within-group variation is the variation due to differences within individual samples. It is the random variation that we expect from noise or statistical error. Each sample is considered independently, and no interaction between samples is involved (because we're looking at a sample from one worker, one shift, or one batch). To improve process quality, try to eliminate the between-subgroup variation and the reduce within-subgroup variation.

The between-subgroup variation is evaluated by comparing the mean (X-bar) between the stores. If the means are close to each other, the between variation calculation will be small. 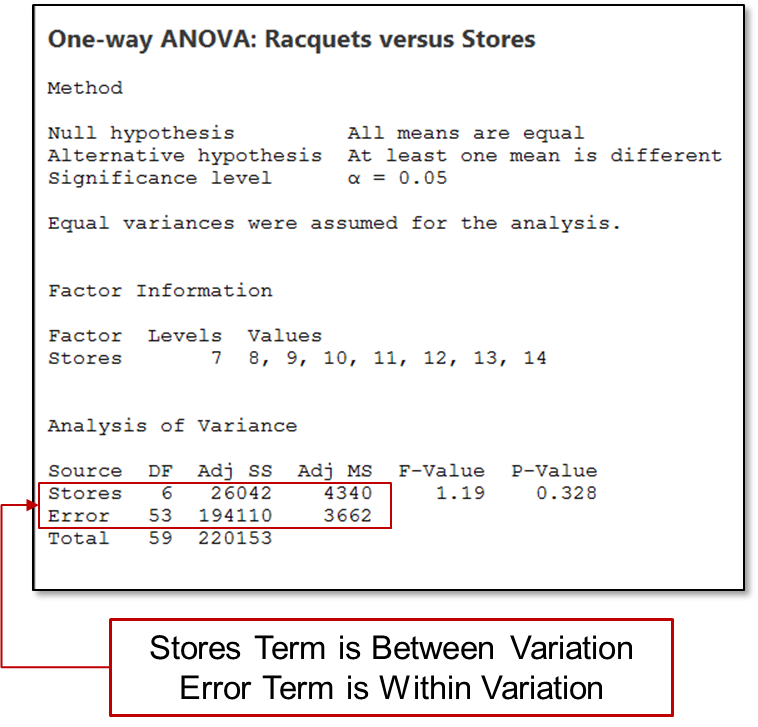 Figure 5 shows the ANOVA table for the Racquet sales analysis for the seven stores.  The stores term represents the between-subgroup variation and the error term represents the within-subgroup variation. After calculating the sum square and mean square, the F-value and P-value are calculated and used to determine the results. Since the F-value is close to 1 and the p-value is >0.05, the stores sales are considered not statistically different.

As you work to improve quality, be sure you recognize the differences between  short/long-term variation and between/within-subgroup variation, and how they can help you understand process performance.