Flight of the Chickens: A Statistical Bedtime Story, Part 2

At the end of the first part of this story, a group of evil trouble-making chickens had convinced all of their fellow chickens to march on the walled city of Wetzlar, where, said the evil chickens, they all would be much happier than they were on the farm.

The chickens marched through the night and arrived at Wetzlar on the Lahn as the sun came up. “Let us in!” demanded the chickens.

"No," said the Swan of the Lahn, the ruler of Wetzlar.

The chickens spent the day trying to force open the gates of Wetzlar. One chicken snuck off to meet with a goose known for dealing in antiques such as lamps, chairs, and main battle tanks. The chicken returned by early evening driving a slightly used T-55 tank.

Sid, the undercover duck who'd infiltrated the flock to spy on the evil chickens for the Swan of the Lahn, realized he needed to do something, and fast. So he looked up the amount of fuel used for the distance driven for 47 T-55s, then performed a regression analysis to determine how far this one could go if it had full fuel tanks.

To recreate Sid's analysis in Minitab, download his data set (and the trial version of Minitab 18, if you need it) and go to Stat > Regression > Fit Regression Model..., and select Distance as the Response and Fuel as the Continuous predictor. Then click on Graphs and select Four in one. 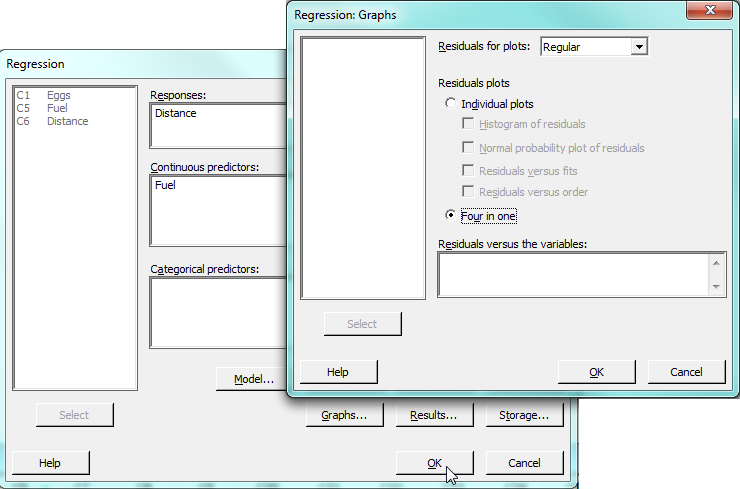 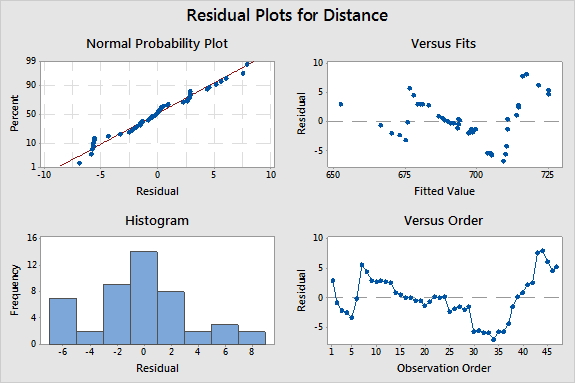 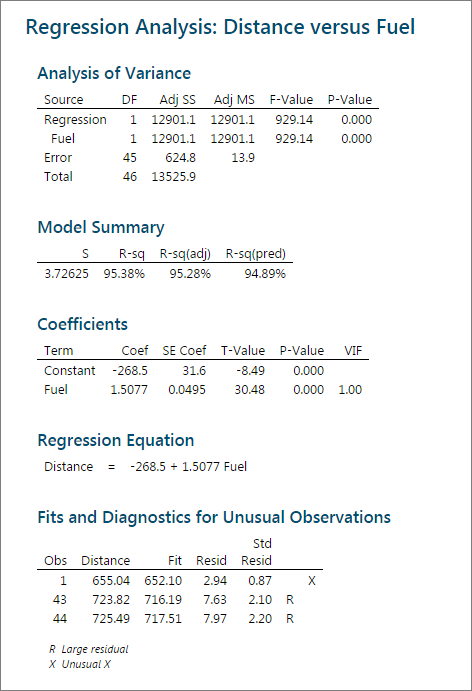 We can see that there is a statistically significant relationship between fuel used and distance traveled. The R-squared statistics indicates the amount of fuel used explains 95.28% of the variability in distance traveled. There seems to be something odd with the order of the data, as seen in the Four in One graph. The Session window output shows three unusual values, two of which have large residuals. This is an indication that these data are not perfect for a regression analysis.

However, better data would not matter in this case, since Sid the Duck once again investigated the wrong question. Predicting how far the tank could travel was irrelevant, given it had already arrived at the town. The real question Sid should have asked was, “Can a T-55 round penetrate the gates of Wetzlar?”

But a gate that can survive a tank’s main gun round will not budge when rammed by chickens, no matter how determined they are.

The Swan of Wetzlar had had enough by this time, so boiling chicken soup with noodles and vegetables was poured onto the chickens. This was too much for the chickens, so they fled.

Unfortunately, the road they had followed had washed out in the heavy rains so the only route home was through the Bird Mountains...the terribly misnamed Bird Mountains, which could more accurately be called the Hungry Foxes Everywhere Mountains.

Evil chickens nonetheless taste like chicken, and the foxes feasted. 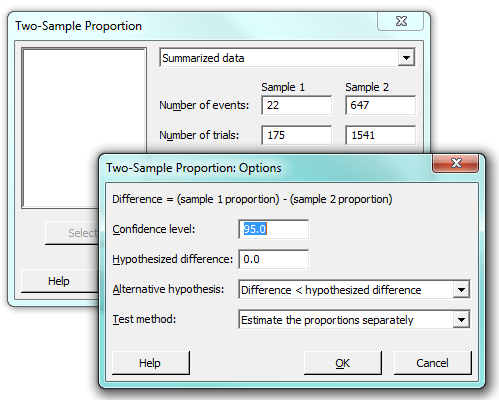 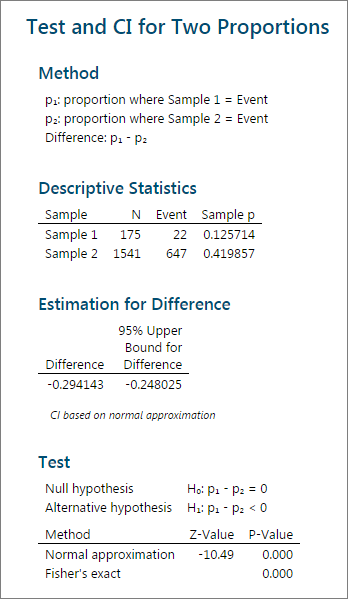 The resulting p-value is less than 0.05, so Sid can conclude there is a statically significant difference between the samples.

After returning home, the chickens were confused. Just days earlier all had been well, and suddenly they had found themselves in such an adventure. The remaining evil chickens weren't confused, since they had instigated it all. But, they were understandably upset with how things and ended and they began to argue and blame each other for the failure. Both recriminations and feathers flew.

Evil chickens started turning each other into the farmer which resulted in a weight gain for the farmer and an even greater reduction in the proportion of evil chickens in the flock. Sid surreptitiously arranged a few “accidents” to dispatch the remaining evil chickens.

The pigs eventually forgave the innocent chickens for the egg-throwing incident, and the remaining chickens lived happily ever after. The cow spent the rest of her life hoping for another dinner of eggs.

As for Sid, his next assignment was the infiltration of a rabbit den. How a duck disguised himself as a rabbit is a tale for another time.

There is a moral to this story: If you need help with statistics, call a statistician...not a duck.