What Can You Say When Your P-Value is Greater Than 0.05?

P-values are frequently misinterpreted, which causes many problems. I won't rehash those problems here here since my colleague Jim Frost has detailed the issues involved at some length, but the fact remains that the p-value will continue to be one of the most frequently used tools for deciding if a result is statistically significant. 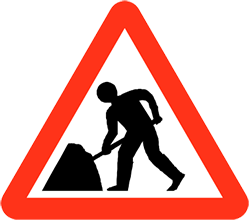 You know the old saw about "Lies, damned lies, and statistics," right?  It rings true because statistics really is as much about interpretation and presentation as it is mathematics. That means we human beings who are analyzing data, with all our foibles and failings, have the opportunity to shade and shadow the way results get reported.

While I generally like to believe that people want to be honest and objective—especially smart people who do research and analyze data that may affect other people's lives—here are 500 pieces of evidence that fly in the face of that belief.

We'll get back to that in a minute. But first, a quick review...

What's a P-Value, and How Do I Interpret It?

Most of us first encounter p-values when we conduct simple hypothesis tests, although they also are integral to many more sophisticated methods. Let's use Minitab Statistical Software to do a quick review of how they work (if you want to follow along and don't have Minitab, the full package is available free for 30 days). We're going to compare fuel consumption for two different kinds of furnaces to see if there's a difference between their means.

Press OK and Minitab returns the following output, in which I've highlighted the p-value.

That's pretty straightforward, right?  Below 0.05, significant. Over 0.05, not significant.

"Missed It By That Much!"

In the example above, the result is clear: a p-value of 0.7 is so much higher than 0.05 that you can't apply any wishful thinking to the results. But what if your p-value is really, really close to 0.05?

It's still not statistically significant, and data analysts should not try to pretend otherwise. A p-value is not a negotiation: if p > 0.05, the results are not significant. Period.

How about saying this? "The results were not statistically significant." If that's what the data tell you, there is nothing wrong with saying so.

No Matter How Thin You Slice It, It's Still Baloney.

Which brings me back to the blog post I referenced at the beginning. Do give it a read, but the bottom line is that the author cataloged 500 different ways that contributors to scientific journals have used language to obscure their results (or lack thereof).

As a student of language, I confess I find the list fascinating...but also upsetting. It's not right: These contributors are educated people who certainly understand A) what a p-value higher than 0.05 signifies, and B) that manipulating words to soften that result is deliberately deceptive. Or, to put it in words that are less soft, it's a damned lie.

Here are just a few of my favorites of the 500 different ways people have reported results that were not significant, accompanied by the p-values to which these creative interpretations applied:

and my very favorite:

I'm not sure what "quasi-significant" is even supposed to mean, but it sounds quasi-important, as long as you don't think about it too hard. But there's still no getting around the fact that a p-value of 0.09 is not a statistically significant result.

The blogger does not address the question of whether the opposite situation occurs. Do contributors ever write that a p-value of, say, 0.049999 is:

I'll go out on a limb and posit that describing a p-value just under 0.05 in ways that diminish its statistical significance just doesn't happen. However, downplaying statistical non-significance would appear to be almost endemic.

That's why I find the above-referenced post so disheartening. It's distressing that you can so easily gather so many examples of bad behavior by data analysts who almost certainly know better.

You would never use language to try to obscure the outcome of your analysis, would you?

Let Me Count the Ways: Brainstorming Why I Love Dogs with a Fishbone Diagram
To Insights and Beyond: The 5 Key Challenges & Learnings You Need to Know from 2019 Minitab Insights Conference
5 Quick Minitab Tricks Even Some of the Experts Don't Know
Want to Learn How to Create Good Wine? Let's Pour Over the Details