There is high pressure to find low P values. Obtaining a low P value for a hypothesis test is make or break because it can lead to funding, articles, and prestige. Statistical significance is everything!

In this post, I’ll look at whether P values are still helpful and provide guidelines on how to use them with these issues in mind. 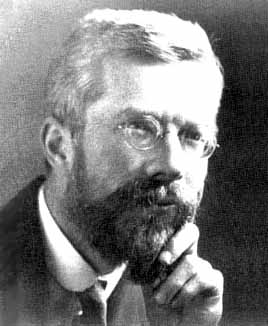 Given the issues about P values, are they still helpful? A higher than expected rate of false positives can be a problem because if you implement the “findings” from a false positive study, you won’t get the expected benefits.

P value calculations incorporate the effect size, sample size, and variability of the data into a single number that objectively tells you how consistent your data are with the null hypothesis. Pretty nifty!

Unfortunately, the high pressure to find low P values, combined with a common misunderstanding of how to correctly interpret P values, has distorted the interpretation of significant results. However, these issues can be resolved.

So, let’s get to the guidelines! Their overall theme is that you should evaluate P values as part of a larger context where other factors matter.

With the high pressure to find low P values, there’s a tendency to view studies as either significant or not. Did a study produce a P value less than 0.05? If so, it’s golden! However, there is no magic significance level that distinguishes between the studies that have a true effect and those that don’t with 100% accuracy. Instead, it’s all about lowering the error rate to an acceptable level.

A lower P value thus suggests stronger evidence for rejecting the null hypothesis. A P value near 0.05 simply indicates that the result is worth another look, but it’s nothing you can hang your hat on by itself. It’s not until you get down near 0.001 until you have a fairly low chance of a false positive.

Today, P values are everything. However, Fisher intended P values to be just one part of a process that incorporates experimentation, statistical analysis and replication to lead to scientific conclusions.

According to Fisher, “A scientific fact should be regarded as experimentally established only if a properly designed experiment rarely fails to give this level of significance.”

The false positive rates associated with P values that we saw in my last post definitely support this view. A single study, especially if the P value is near 0.05, is unlikely to reduce the false positive rate down to an acceptable level. Repeated experimentation may be required to finish at a point where the error rate is low enough to meet your objectives.

Conclusively proving a hypothesis with a single study is unlikely. So, don’t expect it!

With all the focus on P values, attention to the effect size can be lost. Just because an effect is statistically significant doesn't necessarily make it meaningful in the real world. Nor does a P value indicate the precision of the estimated effect size.

For example, an AIDS vaccine study in Thailand obtained a P value of 0.039. Great! This was the first time that an AIDS vaccine had positive results. However, the confidence interval for effectiveness ranged from 1% to 52%. That’s not so impressive...the vaccine may work virtually none of the time up to half the time. The effectiveness is both low and imprecisely estimated.

Avoid thinking about studies only in terms of whether they are significant or not. Ask yourself; is the effect size precisely estimated and large enough to be important?

We tend to think of equivalent P values from different studies as providing the same support for the alternative hypothesis. However, not all P values are created equal.

For example, given the track record for AIDS vaccines where the alternative hypothesis has never been true in previous studies, it's highly unlikely to be true at the outset of the Thai study. This situation tends to produce high false positive rates—often around 75%!

When you hear about a surprising new study that finds an unprecedented result, don’t fall for that first significant P value. Wait until the study has been well replicated before buying into the results!

Applying subject area expertise to all aspects of hypothesis testing is crucial. Researchers need to apply their scientific judgment about the plausibility of the hypotheses, results of similar studies, proposed mechanisms, proper experimental design, and so on. Expert knowledge transforms statistics from numbers into meaningful, trustworthy findings.

An exciting study about the reproducibility of experimental results was published in August 2015 and highlights the importance of these guidelines. For more information, read my blog post: P Values and the Replication of Experiments.