Not All P Values are Created Equal

The interpretation of P values would seem to be fairly standard between different studies. Even if two hypothesis tests study different subject matter, we tend to assume that you can interpret a P value of 0.03 the same way for both tests. A P value is a P value, right?

Not so fast! While Minitab statistical software can correctly calculate all P values, it can’t factor in the larger context of the study. You and your common sense need to do that!

In this post, I’ll demonstrate that P values tell us very different things depending on the larger context.

Recap: P Values Are Not the Probability of Making a Mistake

In my previous post, I showed the correct way to interpret P values. Keep in mind the big caution: P values are not the error rate, or the likelihood of making a mistake by rejecting a true null hypothesis (Type I error).

You can equate this error rate to the false positive rate for a hypothesis test. A false positive happens when the sample is unusual due to chance alone and it produces a low P value. However, despite the low P value, the alternative hypothesis is not true. There is no effect at the population level.

What Affects the Error Rate?

Why is there a range of values for the error rate? To understand that, you need to understand the factors involved. David Colquhoun, a professor in biostatistics, lays them out here.

The factors that affect the false positive rate are:

“Good” means that the test is less likely to produce a false positive. The 26% error rate assumes a prevalence of real effects of 0.5 and a power of 0.8. If you decrease the prevalence to 0.1, suddenly the false positive rate shoots up to 76%. Yikes!

Now, let’s dig into a very interesting factor: the prevalence of real effects. As we saw, this factor can hugely impact the error rate!

P Values and the Prevalence of Real Effects

If the alternative hypothesis fits current theory, has an identified mechanism for the effect, and previous studies have already shown significant results, P(real) is higher. For example, a prevalence of 0.90 indicates that the alternative is true 90% of the time, and the null only 10% of the time.

If the prevalence is 0.5, there is a 50/50 chance that either the null or alternative hypothesis is true at the outset of the study.

You may not always know this probability, but theory and a previous track record can be guides. For our purposes, we’ll use this principle to see how it impacts our interpretation of P values. Specifically, we’ll focus on the probability of the null being true (1 – P(real)) at the beginning of the study.

The table is based on calculations by Colquhoun and Sellke et al. It shows that the decrease from the initial probability to the final probability of a true null depends on the P value. Power is also a factor but not shown in the table.

Where Do We Go with P values from Here? 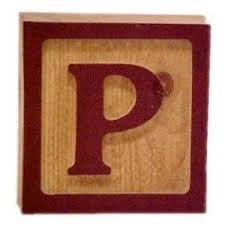 There are many combinations of conditions that affect the probability of rejecting a true null. However, don't try to remember every combination and the error rate, especially because you may only have a vague sense of the true P(real) value!

The second point is epitomized by a quote that was popularized by Carl Sagan: “Extraordinary claims require extraordinary evidence.”

Don’t fret! There are simple recommendations based on the principles above that can help you navigate P values and use them correctly. I’ll cover five guidelines for using P values in my next post.