In the mid 1940s, Taiichi Ohno established the Toyota Production System, which is primarily based on eliminating non-value-added waste. He discovered that by reducing waste and inventory levels, problems get exposed and that forces employees to address these problems. To engage the workers and therefore improve processes, Ohno developed many exercises.

One of his most popular exercises, “Stand in a Circle” helps his managers and students see process waste. During this exercise Ohno would take the manager or student to the shop floor, draw a chalk circle on the floor, then have them stand inside the circle and observe an operation. His direction would be simple: “Watch.”

1. Overproduction
Producing more than what’s actually needed by the next process or customer (The worst form of waste because it contributes to the other six).

2. Waiting
Delay, waiting or time spent in a queue with no value being added.

5. Inventory
Having more than the minimum.

For the second consecutive year, Arrow Electronics took the category for innovation, this time for its Lean Sigma Drones project. This project combines drone technology, proprietary video technology, and a rapid-improvement methodology to observe Arrow’s extensive warehouse operations from a birds-eye view and more effectively identify areas for continuous improvement.

This new approach—appropriately named "Fly in a Circle"—has already increased the efficiency of targeted processes by 82 percent and eliminated more than 6.5 million walking steps in warehouse processes since Arrow launched it in late 2016.

Standing (or Flying) in a Circle means you go to the Gemba and observe for yourself what is actually happening. Get the facts about what is being done; not what is supposed to be done according to the procedure. Observe every waste that you can, and write them down. Keep an open mind about your observations. Even if you know the reason behind a workaround, document it anyway—it’s still a workaround, and potentially a wasteful task. Being able to spot waste is one of the hardest parts of improving a process.

When performing this exercise, it is easy to fall into the trap of trying to fix the waste on the spot. Instead use lean tools to thoroughly understand the process, then develop ways to eliminate the waste.  Minitab Engage® contains professionally designed Roadmaps™ and forms that can be used to document and further diagnose the root cause of wastes. Using the Waste Analysis by Operations (Figure 1) and performing the Five Why’s on the identified waste (Figure 2) will help you document and discover ways to eliminate waste in your operations. 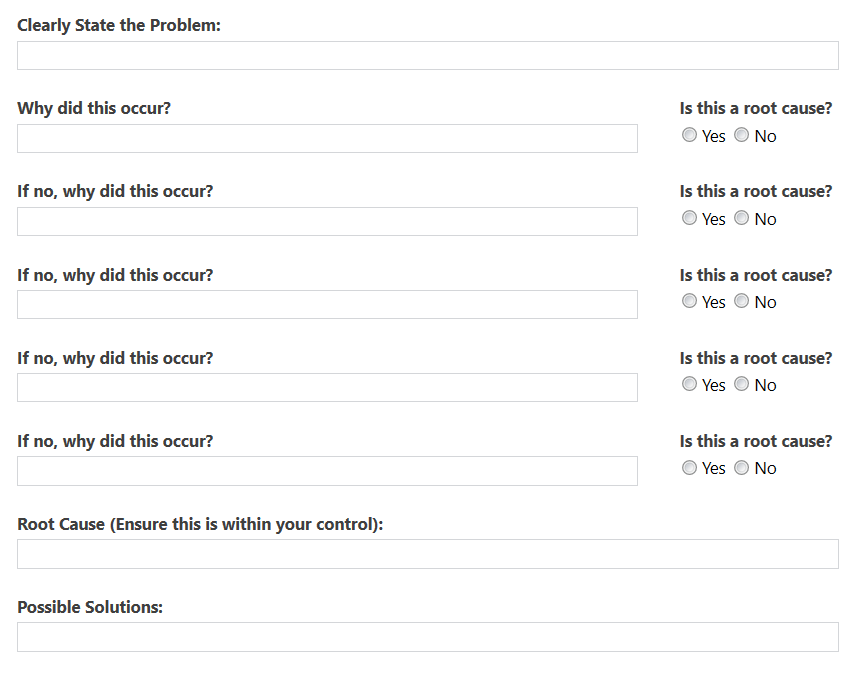 The simple exercise of Stand or Fly in a Circle will open your eyes to new ways to improve your processes by eliminating wasteful activities. As your processes and services become more effective and efficient, your customer will appreciate the improvements made in delivery, quality, and price. When an organization eliminates waste, improves quality and reduces costs, they gain a competitive advantage by responding faster and better to customer requirements and needs.

As you prepare for your Stand or Fly in a Circle exercise, remember these inspirational words: You can observe a lot by just watching. – Yogi Berra.