We often describe Cp as the capability the process could achieve if the process was perfectly centered between the specification limits.

Often we describe Cpk as the capability the process is achieving whether or not the mean is centered between the specification limits.

The two statistics have a lot in common. The smaller the standard deviation, the greater both statistics are. In fact, under the right conditions, Cp and Cpk have exactly the same value.

Here's some data about the volume of ethanol in E85 fuel, which I've manipulated so that Cp and Cpk are the same. Minitab's capability analysis output shows both statistics together. 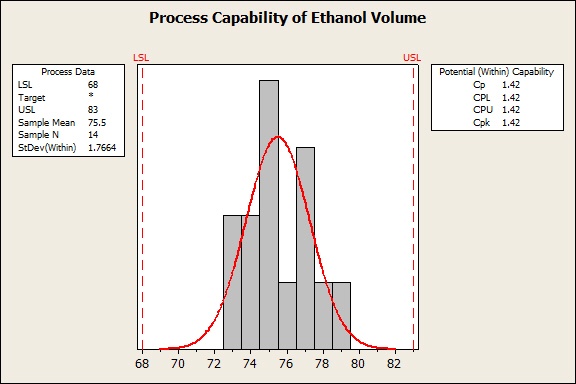 Here’s some real data collected in 2010 by the National Renewable Energy Laboratory on the ethanol volume in E85 fuel. (I’ve removed one outlier where the supplier minimized the volume of ethanol.) 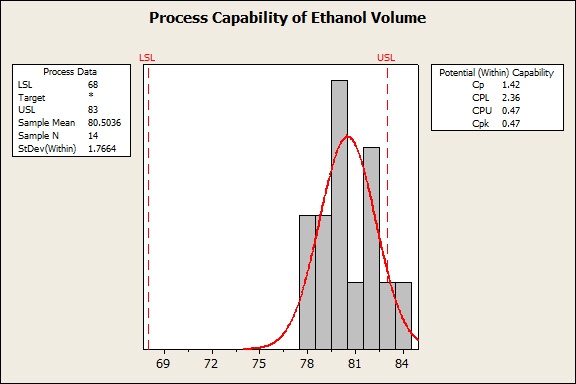 Now that you know how to use Cp and Cpk together, check out what it means when Ppk and Cpk are the same or different.

The image of the Saab Cabrio is by gmeurope and is licensed for reuse under this Creative Commons License.

Trimming Decision Trees to Make Paper: Predictive Analytics and Root Cause Analysis in Minitab
Quality Improvement | 2 Minute Read
How Can You Tell if Your Lean Six Sigma Project is Set Up for Success?
Minitab Engage | 3 Minute Read
5 Challenges that Keep Even the Best Project Deployments in the Shadows
Minitab Engage | 5 Minute Read