Controls Charts Are Good for So Much More than SPC!

Control charts take data about your process and plot it so you can distinguish between common-cause and special-cause variation. Knowing the difference is important because it permits you to address potential problems without over-controlling your process.

Control charts are fantastic for assessing the stability of a process. Is the process mean unstable, too low, or too high? Is observed variability a natural part of the process, or could it be caused by specific sources? By answering these questions, control charts let you dedicate your actions to where you can make the most impact.

Control charts are commonly applied to business processes, but they have great benefits beyond Six Sigma and statistical process control (SPC). In fact, control charts can reveal information that would otherwise be very difficult to uncover.

Other Processes That Need to Be In Control

Let's consider processes beyond those we encounter in business. Instability and excessive variation can cause problems in many other kinds of processes.

The first example stems from a colleague's research. The researchers had middle-school students jump 30 times from 24-inch steps every other school day to see if it increased their bone density. Treatment was defined as the subjects experiencing an impact of 6 body weights, but the research team didn't quite hit the mark.

My colleague conducted a pilot study and graphed the results in an Xbar-S chart. 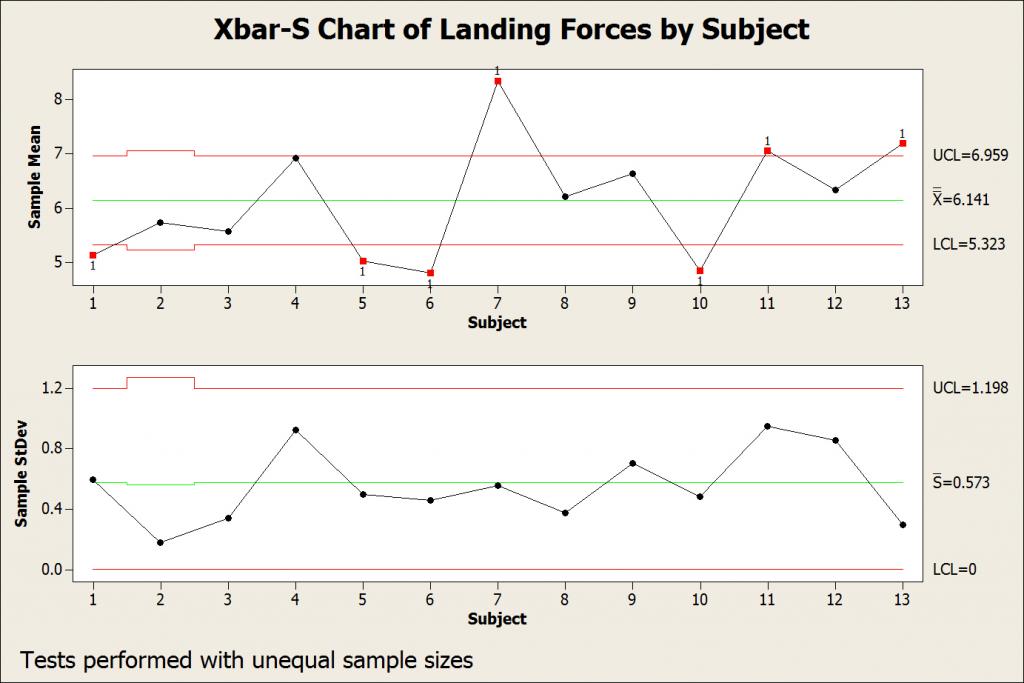 But the Xbar chart (at the top) is clearly out of control, indicating that even though the overall mean (6.141) exceeds the target, individual subjects have very different means. Some are consistently hard landers while others are consistently soft landers. The control chart suggests that the variability is not natural process variation (common cause) but rather due to differences among the participants (special cause variation).

The researchers addressed this by training the subjects how to land. They also had a nurse observe all future jumping sessions. These actions reduced the variability to the point that impacts were consistently greater than 6 body weights.

Control Charts as a Prerequisite for Statistical Hypothesis Tests

Specifically, the measurements used in a hypothesis test are assumed to be stable, though this assumption is often overlooked. This assumption parallels the requirement for stability in capability analysis: if your measurements are not stable, inferences based on those measurements will not be reliable.

Let’s assume that we’re comparing test scores between group A and group B. We’ll use this data set to perform a 2-sample t-test as shown below. 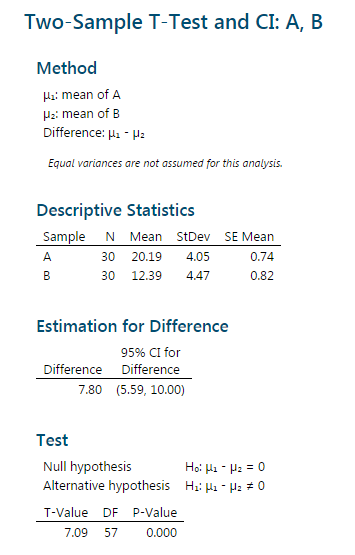 But wait a minute...let's look at each group in an I-MR chart. 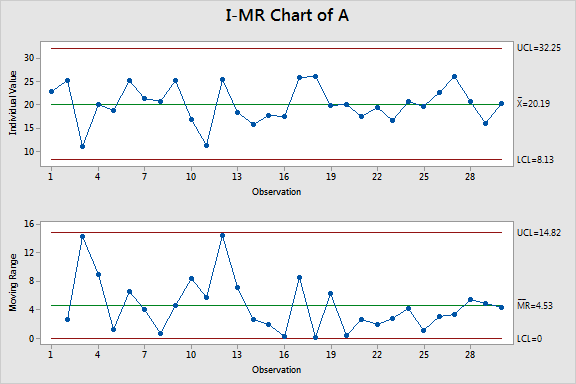 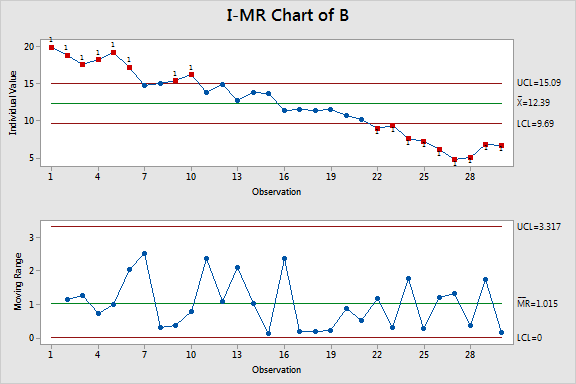 Group A's chart shows stable scores. But group B's chart indicates that the scores are unstable, with multiple out-of-control points and a clear negative trend. Even though these data satisfy the other assumptions, we can make a valid comparison between stable and an unstable groups!

This is not the only type of problem you can detect with control charts. They also can test for a variety of patterns in your data, and for out-of-control variability.

In Minitab Statistical Software, you can get step-by-step guidance in control chart selection by going to Assistant > Control Charts.  The Assistant will help you with everything from determining your data type, to ensuring it meets assumptions, to interpreting your results.

Why You Need Your Control Charts to be In-Control
Minitab | 8 Minute Read
From Concept to Deployment to Support (and Everywhere in Between): Understanding the 5 FDA Stages for Medical Device Manufacturing
Minitab Statistical Software | 4 Minute Read
7 Top Talks from the Minitab Insights Conference
Reliability Analysis | 7 Minute Read