Why Shrewd Experts "Fail to Reject the Null" Every Time

I watched an old motorcycle flick from the 1960s the other night, and I was struck by the bikers' slang. They had a language all their own. Just like statisticians, whose manner of speaking often confounds those who aren't hep to the lingo of data analysis.

It got me thinking...what if there were an all-statistician biker gang? Call them the Nulls Angels. Imagine them in their colors, tearing across the countryside, analyzing data and asking the people they encounter on the road about whether they "fail to reject the null hypothesis."

If you point out how strange that phrase sounds, the Nulls Angels will know you're not cool...and not very aware of statistics.

Speaking purely as an editor, I acknowledge that "failing to reject the null hypothesis" is cringe-worthy. "Failing to reject" seems like an overly complicated equivalent to accept. At minimum, it's clunky phrasing.

But it turns out those rough-and-ready statisticians in the Nulls Angels have good reason to talk like that. From a statistical perspective, it's undeniably accurate—and replacing "failure to reject" with "accept" would just be wrong.

What Is the Null Hypothesis, Anyway?

Hypothesis tests include one- and two-sample t-tests, tests for association, tests for normality, and many more. (All of these tests are available under the Stat menu in Minitab statistical software. Or, if you want a little more statistical guidance, the Assistant can lead you through common hypothesis tests step-by-step.)

So Why Do We "Fail to Reject" the Null Hypothesis?

That brings up the issue of "proof."

The degree of statistical evidence we need in order to “prove” the alternative hypothesis is the confidence level. The confidence level is 1 minus our risk of committing a Type I error, which occurs when you incorrectly reject a null hypothesis that's true. Statisticians call this risk alpha, and also refer to it as the significance level. The typical alpha of 0.05 corresponds to a 95% confidence level: we're accepting a 5% chance of rejecting the null even if it is true. (In life-or-death matters, we might lower the risk of a Type I error to 1% or less.)

Regardless of the alpha level we choose, any hypothesis test has only two possible outcomes:

We often use a p-value to decide if the data support the null hypothesis or not. If the test's p-value is less than our selected alpha level, we reject the null. Or, as statisticians say "When the p-value's low, the null must go." 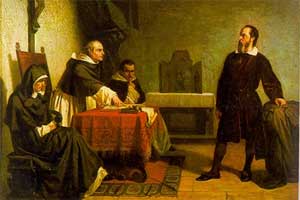 Hark back to "innocent until proven guilty." As the data analyst, you are the judge. The hypothesis test is the trial, and the null hypothesis is the defendant. The alternative hypothesis is the prosecution, which needs to make its case beyond a reasonable doubt (say, with 95% certainty).

If the trial evidence does not show the defendant is guilty, neither has it proved that the defendant is innocent. However, based on the available evidence, you can't reject that possibility. So how would you announce your verdict?

That phrase is perfect: "Not guilty"doesn't say the defendant is innocent, because that has not been proved. It just says the prosecution couldn't convince the judge to abandon the assumption of innocence.

So if a group of marauding statisticians in their Nulls Angels leathers ever asks, keep yourself in their good graces, and show that you know "failing to reject the null" is not "accepting the null."