Aaron and Billy are two very competitive—and not always well-behaved—eight-year-old twin brothers. They constantly strive to outdo each other, no matter what the subject. If the boys are given a piece of pie for dessert, they each automatically want to make sure that their own piece of pie is bigger than the other’s piece of pie. This causes much exasperation, aggravation and annoyance for their parents. Especially when it happens in a restaurant (although the restaurant situation has improved, since they have been asked not to return to most local restaurants). 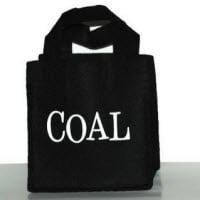 Sending the boys to their rooms never helped. The two would just compete to see who could stay in their room longer. This Christmas their parents were at wits' ends, and they decided the boys needed to be taught a lesson so they could grow up to be upstanding citizens. Instead of the new bicycles the boys were going to get—and probably just race till they crashed anyway—their parents decided to give them each a bag of coal.

An astute reader might ask, “But what does this have to do with Minitab?” Well, dear reader, the boys need to figure out who got the most coal. Immediately upon opening their packages, the boys carefully weighed each piece of coal and entered the data into Minitab.

Then they selected Stat > Basic Statistics > Display Descriptive Statistics and used the "Statistics" options dialog to select the metrics they wanted, including the sum of the weights they'd entered:

Billy quickly saw that he had the most coal, and yelled, “I have 279.383 ounces and you only have 272.896 ounces, and the mean of my pieces of coal is more than the mean of yours. Mine weigh more, so our parents must love me more.”

“Not so fast,” said Aaron. “You may have a higher mean value, but is the difference statistically significant?”  There was only one thing left for the boys to do: perform a two sample t-test.

The two troublemakers also selected “Graphs” and checked the options to display an individual value plot and a boxplot. They knew they should look at their data. Having the graphs available would also make it easier for them to communicate their results to higher authorities, in this case, their poor parents. 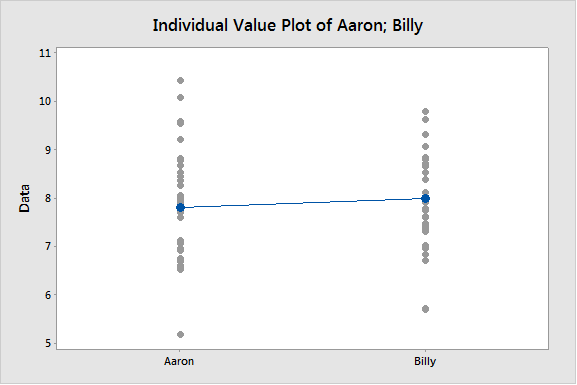 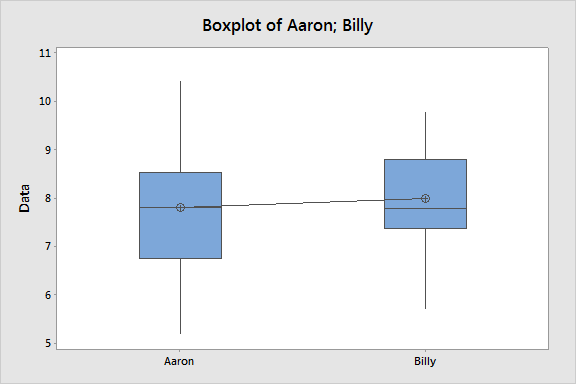 Billy went running for his tables of Student‘s t-scores so he could interpret the resulting t-value of -0.71. Aaron simply looked at the resulting p-value of 0.481. The p-value was greater than 0.05 so the boys could not conclude there was a true difference in the weight of their Christmas "presents."

The boys dutifully reported the results, with illustrative graphs, each demanding that they get a little more to best the other. Clearly, receiving coal for Christmas had done nothing to reduce their level of competitiveness. Their parents realized the boys were probably not going to grow up to be upstanding citizens, but they may at least become good statisticians.

Quickly Run a Python Script with a Button in Minitab
Dice, Dragons and Getting Closer to Normal Distribution: The Central Limit Theorem
Bullwhip on the Brain? Five Ideas to Improve Efficiency and Counteract Supply Chain Effects on Your Business
Predictive Analytics and Determining Patient Length of Stay at Time of Admission