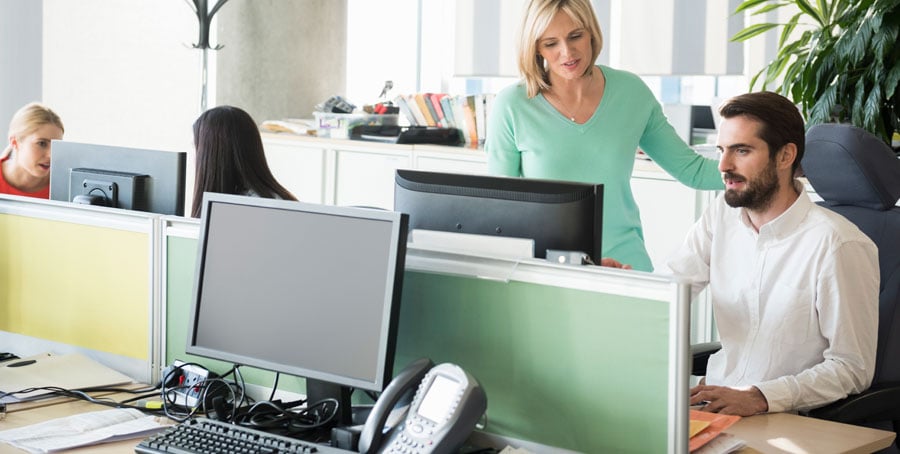 The abbreviation FMEA is short for Failure Modes and Effects Analysis. It's a tool that helps you look very carefully and systematically at exactly how and why things can go wrong, so you can do your best to prevent that from happening. 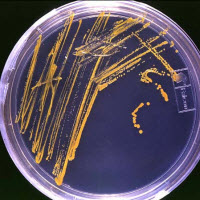 Before I joined Minitab, I worked for many years in Penn State's College of Agricultural Sciences as a writer and editor. I frequently wrote about food science and particularly food safety, as I regularly needed to report on the research being conducted by Penn State's food safety experts, and also edited course materials and bulletins for professionals and consumers about ensuring they had safe food.

So I was interested to see an article on the Food Safety Tech web site about an application of FMEA in pathogen testing. Maureen Harte, a consultant and Lean Six Sigma black belt, talks about the need to identify, quantify and assess risks of the different pathogen detection methods used to create a Certificate of Analysis (COA) —a document companies obtain to verify product quality and purity.

[They] lack the background information to really understand what goes into a COA, and they trust that what is coming to them is the highest quality.

Harte then explains how doing an FMEA can make the COA more meaningful and useful.

FMEA helps us understand the differences between testing methods by individually identifying the risks associated with each method on its own. For each process step [in a test method], we ask: Where could it go wrong, and where could an error or failure mode occur? Then we put it down on paper and understand each failure mode.

You can do an FMEA with just a pencil and paper, although Minitab's Companion process improvement software include forms that make it easy to complete the FMEA — and even share data from process maps and other forms you'll may be using.

Here's an example of a completed Companion FMEA tool: 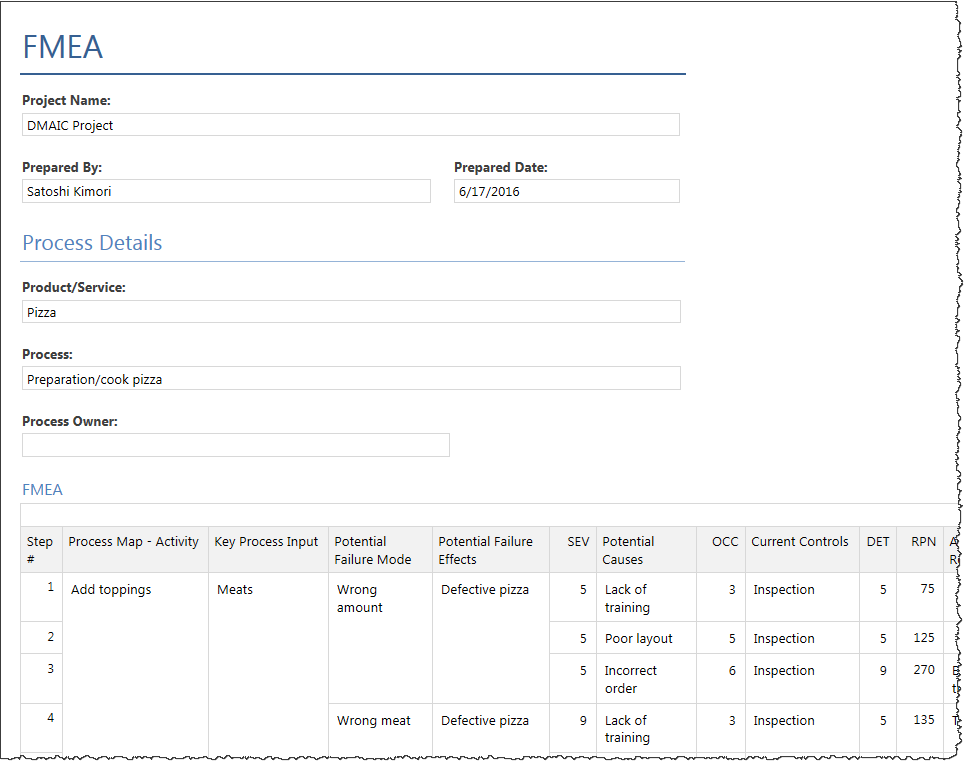 1) In Process Map - Activity, enter each process step, feature or type of activity. In the example above, it's preparation of growth culture and incubation. We also list the key components or inputs of each step.

2) In Potential Failure Mode, we note the ways the process can fail for each activity. There may be many ways it could fail. In the example, we've identified contamination of growth medium and incubating cultures at the wrong temperature as potential failure modes.

3) In Potential Failure Effects, we detail the possible fallout of each type of failure. There may be multiple failure effects. In the example above, contaminated growth culture could lead to the waste of perfectly good raw materials. An improperly performed incubation might lead to undetected pathogens, and possibly unsafe products.

4) In SEV (Severity Rating), we assign severity to each failure effect on a 1 to 10 scale, where 10 is high and 1 low. This is a relative assignment. In the food world, wasting some good materials is undesirable, but having pathogens reach the market is obviously much worse, hence the ranking of 6 and 9, respectively.

5) In OCC (Occurrence Rating), estimate the probability of occurrence of the cause. Use a 1 to 10 scale, where 10 signifies high frequency (guaranteed ongoing problem) and 1 signifies low frequency (extremely unlikely to occur).

6) In Current Control, enter the manner in which the failure causes/modes are detected or controlled.

7) In DET (Detection Rating), gauge the ability of each control to detect or control the failure cause/mode. Use a 1 to 10 scale, where 10 signifies poor detection/control and 1 signifies high detection/control (you're almost certain detection to catch the problem before it causes failure).

8) RPN (Risk Priority Number) is the product of the SEV, OCC, and DET scores. The higher the RPN, the more severe, more frequent, or less controlled a potential problem is, indicating a greater need for immediate attention. Above, the RPN of 81 for potential incubation error indicates that that type of failure should get higher priority than contaminated cultures. .

9) If you're doing FMEA as part of an improvement project, you can use it to prioritize corrective actions. Once you've implemented improvements, enter the revised SEV, OCC, and DET values to calculate a current RPN.

Benefits of an FMEA

When you've completed the FMEA, you'll have the answers to these questions:

And if your understanding of the steps that underlie your Certificate of Analysis is that thorough, you will be able to stand behind it with much more confidence.

Ready to try Companion? Check it out and start your free 30-day trial instantly.

Why You’re Not Getting Real-Time Visibility Into Continuous Improvement (and What You Can Do About It)
5 Challenges that Keep Even the Best Project Deployments in the Shadows
To Insights and Beyond: The 5 Key Challenges & Learnings You Need to Know from 2019 Minitab Insights Conference
What Would You Do with an Extra 120 Hours to Drive Improvement? 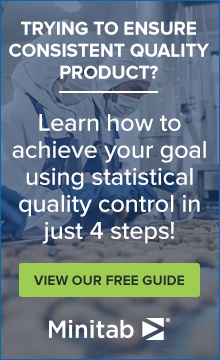